Sound Mind: Exploring mental health and the performing arts through music and conversation

Accomplished musical theatre performer and actor, Alex Rathgeber is all about giving back to the industry which has given him so much. He talks about his latest project SOUND MIND, the first major project from his new production company, Maker Productions. SOUND MIND was recently delivered in partnership with Arts Centre Melbourne for the Arts Wellbeing Collective.

Growing up in Horsham, Victoria, like many performers, Alex involved himself in school choirs and local theatre groups to pursue his passion and love of the arts.

Alex’s talents were recognised and fostered whilst growing up and when he finished school, he auditioned and was accepted into the three-year music theatre program at the Western Australian Academy of Performing Arts (WAAPA) in Perth.
Some 15 years later, Alex Rathgeber is a well-known name in the musical theatre industry. He’s played alongside Australia’s top musical theatre performers like Anthony Warlow, Caroline O’Connor, Nancye Hayes, Rhonda Burchmore, Jemma Rix and Todd McKenney.

He has performed a lead role on the West End in the iconic production of The Phantom of the Opera, and received a Helpmann Award for playing Billy Crocker in Anything Goes. But the highs are not without the lows.

“It’s been a fantastic journey with just so many contrasting experiences. There have been great career highs, there have been incredible career lows as well. I think those lows are just sort of part what we know and understand to be life in the arts.”

After a phenomenally successful concert performance with the Melbourne Symphony Orchestra of Jeykll and Hyde at the end of 2019, Alex and his partner had their bags packed for a major life move to New York. Then, as for many of us, in March 2020 their plans were halted in their tracks. Now that heading overseas was no longer a viable option, Alex had to decide what to do next.
“I thought about what things I’d wanted to do for a long time, here in Australia, which I was going to wait until coming back to have a go at.”

Having worked across various productions within the entertainment industry, Alex realised he wanted to keep finding ways to give back to the industry which has given him so much.

“I feel in some way I can look back and contribute – things I’ve learnt, things that might be useful for other people, and also do something where I can have a creative outlet which is something more than just figuring out the next job I’m going to do, or the next role I’m going to play.”

“I looked at producing and directing and thought I would push myself into new experiences in those areas. Something new that is specifically within the industry that I’ve loved all these years.”

After much thought and advice from industry contacts and friends, Alex committed to exploring work as a producer.

“We (together with Elise McCann of Oriel Entertainment Group) made a one-off online event called Heart Sounds that celebrated International Nurses’ Day, and last year (2020) was also the official Year of the Nurse and the Midwife. Within the context of COVID-19, we wanted to look at also celebrating the wider healthcare workforce.”

So, Alex and Elise gathered several performing artists and musical theatre performers from around Australia for a one-off concert in May 2020. The concert also featured first-hand accounts from front line healthcare workers.

Their aims were two-fold – not only to support the healthcare workforce, but to support and employ artists at a time they had lost work, with many artists ineligible for JobKeeper.

“I was quite frustrated by that and wanted to do something that would employ artists.”

After this experience, Alex could see the impact COVID-19 was having on his own industry and knew it was his next project.

“I spent quite a few weeks developing something that was looking at mental health in the performing arts. I think I’d shied away from looking at our industry previously. Then I realised, if you can’t address something like mental health in the performing arts at a time like this, when there is limited support and people really are struggling – then it’s never going to happen.”

Alex got in touch with the team at the Arts Wellbeing Collective, which led to a transformative and innovative project that would engage performers across Australia, creating new works and having open discussions about mental health between artists.

Alex and the Arts Wellbeing Collective team wanted to create an opportunity for artists to come on board and be employed but most importantly as Alex says to “have a sense of engagement, purpose and a sense of togetherness and solidarity” – for those involved, but also for those viewing it.

The result is SOUND MIND – six online episodes featuring more than 40 artists in front and behind the camera – a music mini-series exploring mental health and the performing arts made readily available online.

Each episode has a different theme, host and performing artists involved. They create an original piece of work which is then intermixed with snippets of interviews where those involved share their personal experiences of 2020.

Alex hoped that a group of artists sharing their personal stories would also help other artists get through what was a challenging time for everyone – especially in Victoria, the epicentre of Australia’s second wave.

“Everybody was sitting at home with these incredible skills and gifts and this passion and desire to be using those skills and gifts – and not just use them, but to affect other people with them, and to lift other people and to further enhance that sense of togetherness and shared experience. To involve each of the different people in each episode, and to share those unique angles they had about the time we are going through… I was just hopeful there would be people who could relate to what these artists were experiencing and what they were going through.”

Alex explains the experience of the COVID-19 lockdown affected each artist and their creativity differently.

“Some people felt the impulse to write new music, felt a freedom of being at home and felt a freedom to explore new music and that kind of thing. And other times, some had this complete sense of despair – what is this all for? Where is this even heading? I have no urge or inclination to do anything creative. I just want to stop. I just want to go for a walk. Feeling really helpless.”

Alex found some common themes came through, no matter the artists or their level of experience. “Throughout the chats, there was that sense that we’re all in this together and we’re all trying to find our way through. And it’s really important to find every way possible of supporting one another and looking out for those who might be really struggling at a time like this.”

Being the producer who oversaw the entire project was certainly inspiring for Alex, as each episode had a different pace, tone and rhythm depending on the artists involved and their contribution.

“I just loved, as a producer being able to connect personally with every different person that was involved in making it…”

“I was in isolation and it was something really special to have that connection with everyone. To be able to facilitate other people’s creativity was a real gift too. Firstly, to ask people to come onboard and put their faith and trust in me in this idea, but to also give them the creative licence to go away and come up with their own ideas.”

Alex is adamant we affect people in our daily life with the projects we create or perform.

“Even if you can raise somebody’s spirit for one day or one hour and if it got them through a really tough time, it was worth it.”

Just weeks prior to the creation of SOUND MIND, the Black Lives Matter protests peaked, and the movement reverberated deeply around Australia and the world. Alex said he was mindful of wanting to stand as an ally, and create a safe space where artists involved in the project from Black, Indigenous and People of Colour communities could share their voices and be heard.

“I was really proud we were able to have Casey Donovan, Deborah Brown, Marcus Corowa and this amazing collection of people from those communities as guests – who are just the most incredible artists – and as well as being artists, they’re great leaders. To have them illuminating the space for others, particularly younger members of the BIPOC community. I was so honoured to have them as part of SOUND MIND.”

The feedback Alex received about the SOUND MIND collaborations was encouraging and had resonated with viewers.

“I had quite a few people write and say that it was raw and honest and not overly produced – it was relatable. There were people in there who were high profile, who had really normal and relatable experiences and that was really comforting.”

After the exploration of SOUND MIND, when asked where he thinks the industry is now heading due to COVID-19 he thinks ingenuity and innovation are key.

“I do think that innovative projects that have potential to employ and engage people in new and different ways, like we did with SOUND MIND, that aren’t necessarily your conventional productions and are a different way of employing people… I think there’s just so much possibility in that area. I think anyone who has the capacity to create a bold, innovative and new way of doing things should go for it.”

“I think overall it’s just a case of banding together, even more than we have before. Digging deep to hang in there. Exploring as many new ways of being a creative person as possible. But for anyone who has been feeling an ongoing sense of despair or helplessness – which are very valid feelings to be feeling in this type of climate… I have to say – don’t hesitate to reach out, to share your experiences, or to offer your support to somebody else who might need an extra bit of encouragement. It might be someone who’s very good at putting on a brave face and doesn’t normally give much away in terms of the kind of support they might need.”

“There’s a whole different level of awareness that we need to tap into – creating unprecedented levels of support for each other and which will hopefully ripple out into the work we do, and out into the wider community.”

So, how does Alex personally deal with maintaining his own mental health and wellbeing?

“Exercise and keeping healthy and fit has always been something I’ve relied on and used as a way to maintain a sense of grounded-ness and evenness in moderating the highs and lows.”

“I think one of the other big things is also reaching out – connecting. Not just through Facebook and social media, but really picking up the phone with friends and industry contacts. And, if possible, to meet in person. Organising a drink or a walk or a catch up together. Just to create that connectedness… And have a laugh! It’s really easy to get bogged down in trying to just survive, or change the world! Especially at a time like this.”
One of Alex’s final comments, and his hope for SOUND MIND, is to remind those listening to have the strength to continue.

“Music and expressive, creative language have never been more important in our lifetime in terms of lifting us out of this. That is where I recognise it is so important to keep the music playing, keep writing, keep talking, all of those things.”

You can access all six episodes of SOUND MIND at artswellbeingcollective.com.au and you can find out more about Alex’s company, Maker Productions at makerproductions.com.au

The love in the squares: creating Power Up!

Power Up! Fog Theatre on Wellbeing 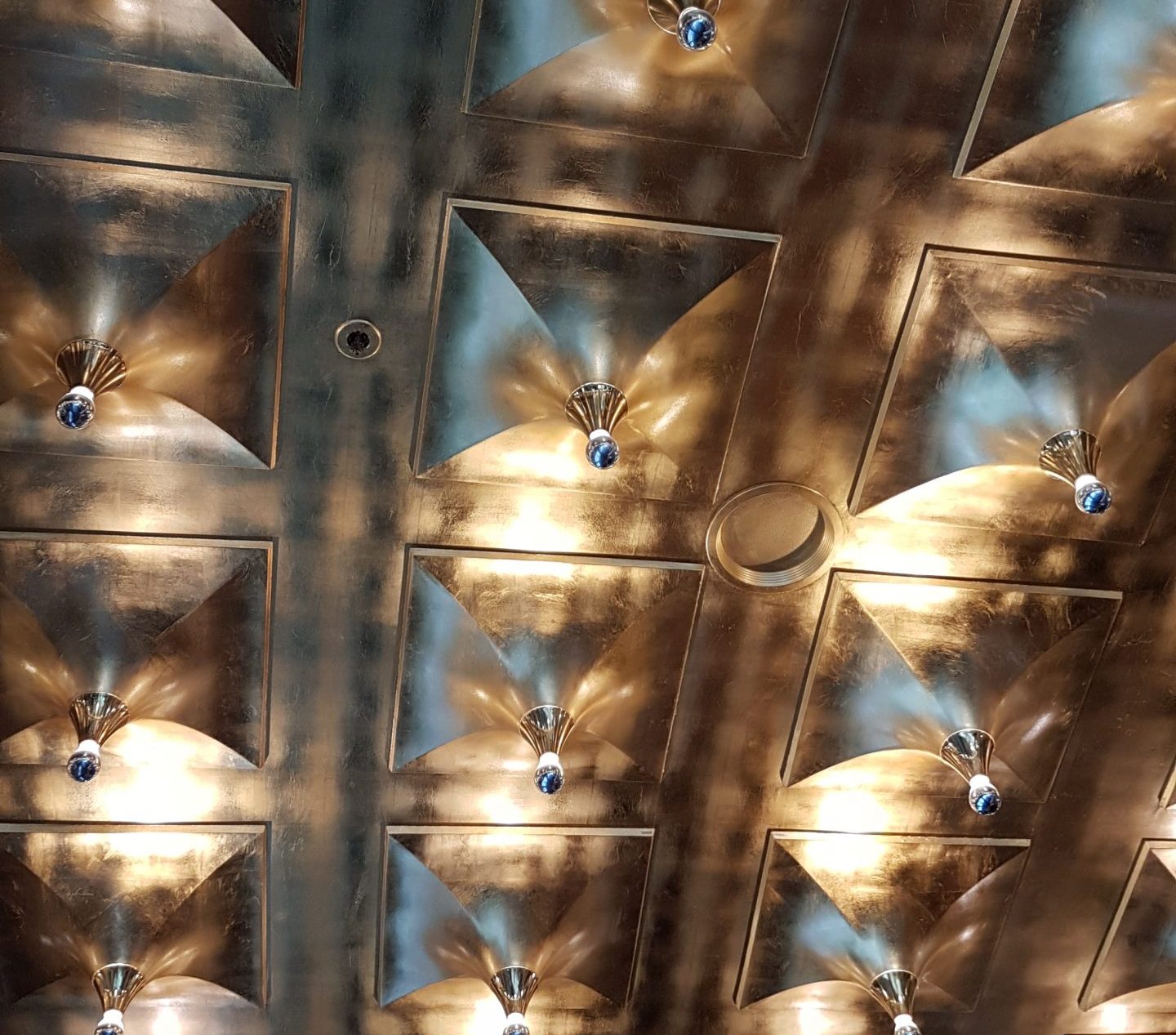