Why looking after your voice matters

It’s important to look after our voices and keep them in shape. For performers with speaking and singing roles, voice is a vital tool of the trade, underpinning and supporting our artistry. Our voices allow us to transform into different roles, portray characters with unique vocal mannerisms and behaviours, and meet the demands of being heard and understood in different performance spaces.

We all have different voices, vocal ranges and abilities. Maintaining flexibility, versatility and stamina of the voice helps us manage the changing demands on our voices from role to role, with our general health and wellbeing, and as we age. The good news is that, no matter what kind of performance work you do, it’s likely you already have the instincts you need to keep your voice fit and healthy.

Voice training as the foundation of your career

You can set your voice up for a long and fruitful career by ensuring you have a strong foundation from which to work – hence the importance of solid voice training for performers.

The fundamentals of voice training are:.

If you have been through drama school or taken part-time voice workshops, your voice training in those programs serves as a foundation for your career. If your path to performing took a different route, or your training didn’t include much voice work, it could be advantageous for you to keep an eye out for voice workshops or consider some private lessons with a voice practitioner. It is a great thing to do when you have some down-time between contracts.

Voice training is something you will then return to over and over again throughout your career. Singers have a good sense of this – they’re very good at knowing when it’s time to revisit singing lessons. The same goes for your speaking voice.

There are a range of resources available at no cost, such as the voice warmups recorded by the National Theatre or different videos on YouTube. These are great refreshers and it’s worth finding a couple of go-to videos you can pop on when you need some guidance or motivation.

Look out for opportunities for voice workshops, master-classes, warmups or training sessions, to deepen your practice and reconnect to your full expressive capacity. If you are working on a production and a voice coach is involved, make use of the support being offered to the cast.

Knowing how your voice works and how to use it with ease and efficiency holds you in good stead when demanding roles, epic productions or challenging performance venues present themselves. 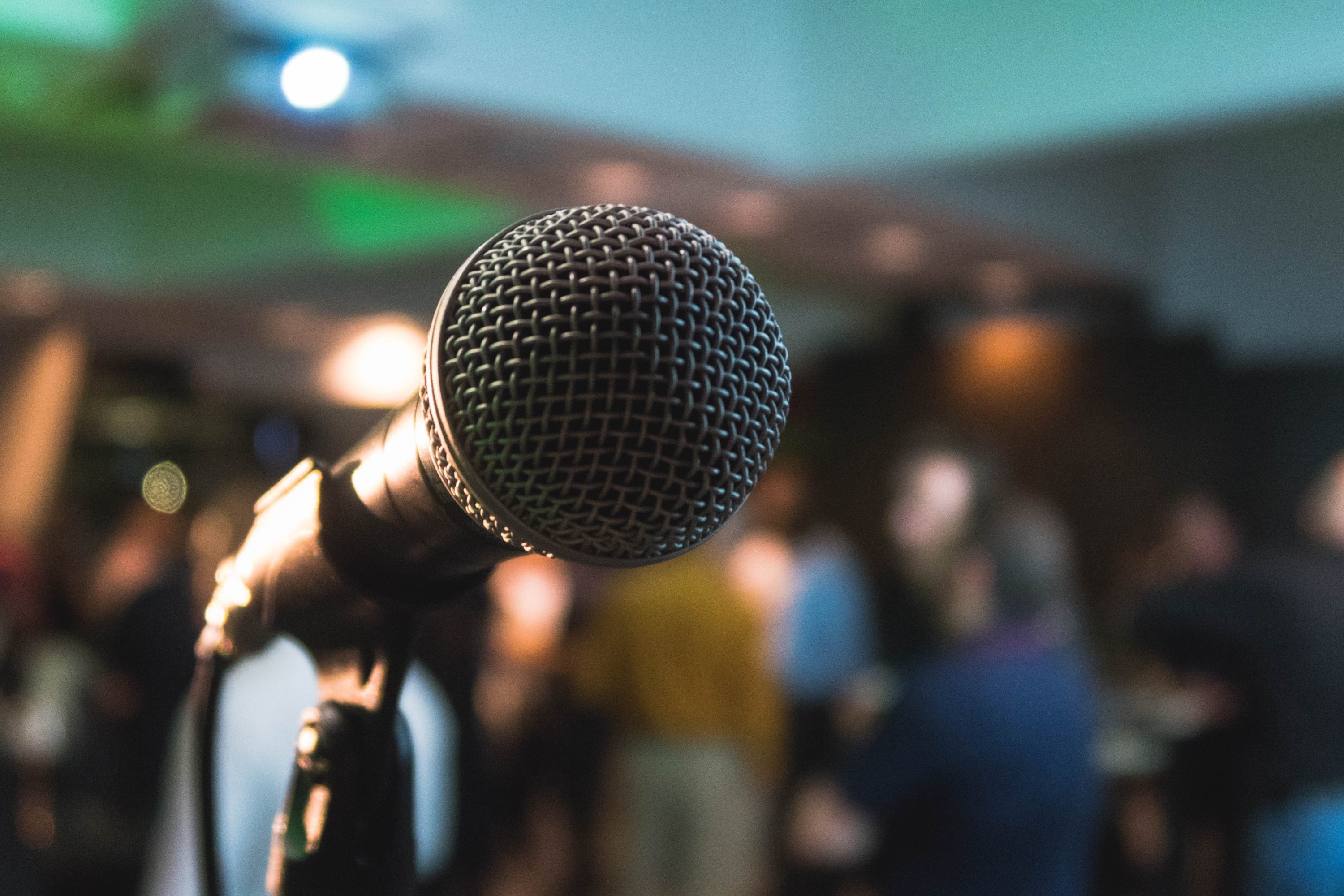 Key to being performance-ready is establishing good habits that allow for the transition to work to be as smooth and stress-free as possible. The habits you implement in your daily life will serve you well when it comes to the habits that allow you to thrive when you are in production.

When we say daily practice, it doesn’t have to mean ‘practising’, as in time you spend going through exercises or warming up. It is a practice as in an approach to using your voice in your daily life.

It can be useful to find places that voice work intersects with the routines and hobbies you already have in your life. For example, if you practice yoga, you might start to become more aware of your breath during these sessions or perhaps experiment with gentle sounding (such as humming) as you go through different stretches.

By the same token, if you like to work out or go running, notice how activated the breath is after a workout and experiment with speaking some text straight afterwards. Notice how your voice feels when your body and breath are this energised!

Examples of other things that might contribute to your voice practice include:

It is about establishing good habits around voice use and your general wellbeing. Any physical injury or general health and wellbeing concerns will likely play out in your voice because your voice is so intrinsically connected to your whole self. Being aware of this interrelationship and doing things that are replenishing for your voice and wellbeing will help ensure your voice stays in good shape between gigs.

There’s no need to stress about upkeep and maintenance

The precision with which you do any voice work is more important than the length of time you spend doing it. Find ways to enjoy your voice practice, so that your relationship with your voice is a positive and fruitful one!

This begins by setting realistic expectations for your voice practice that focus on quality over quantity. There’s no need to force yourself to do half an hour of voice work every day if you’re going to do it half-heartedly or not going to do it at all. You’ll only end up getting irritated by it or despising your lack of adherence to the schedule.

And don’t beat yourself up if you fall out of practice. When this happens, acknowledge the change of habit, then make a conscious effort to re-establish the practice you wish to put in place. Putting some goals in place can help keep you on track. 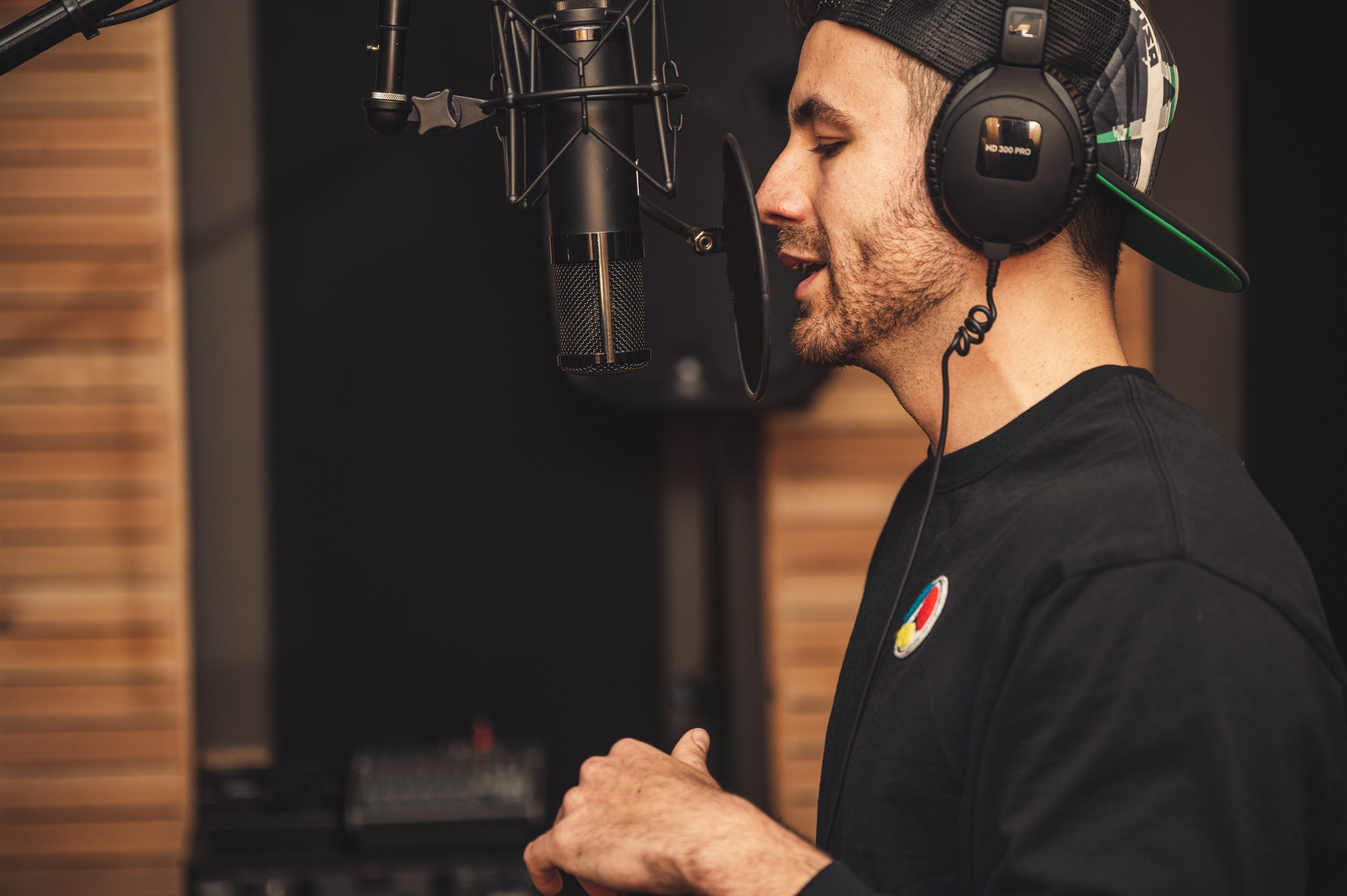 It doesn’t take much to keep your voice vibrant and healthy! There are benefits to extended voice warmups and exercise sequences, but you can also keep your range accessible and active with a few simple exercises.

All the exercises below assist with maintaining a connection to breath and keeping flexibility through your vocal range.

A huge benefit of these exercises is that they can all be done anywhere and don’t take much time at all. You could get into the habit of doing them when stopped at traffic lights, or when you are waiting for the kettle to boil, or maybe when folding the laundry.

If you can remember a few of these, they can easily become part of the daily practice you establish around your voice:

Looking after your voice in an 8-show week

When it comes to performing an eight-show week, you’ll need to dial up your voice practice. This will be easy to do if simple habits are already in place.

Have a think about how your daily practice may vary when you are in production, and what changes you might make in your life away from work to help ensure your voice is available to you in performance.

Top tips for when you are in production include:

Occasionally, a role or a production can be so vocally demanding that a performer needs to be mindful of how they are using their voice away from work. The problem often rears its head during tech week or dress rehearsals, when runs happen in quick succession and there is less recovery time for the voice between shows.

In some circumstances, you might need to limit time spent talking when offstage or be mindful of how you are using your voice outside of work. Pace yourself and take it easy so you have enough fuel in the tank for a full week of shows.

Be kind to your voice, recognise that it plays a huge role not only in your life as a performer but in your everyday life and how you connect with the world.

Establishing a positive, reliable voice practice will help you maintain a strong relationship with your voice. Trusting the foundation of solid voice training will ensure you are working from a grounded place.

Looking out for opportunities to reconnect with your voice practice under the guidance of a voice practitioner will refresh and deepen your connection to your voice, and allow you to continue toning and developing this artistic muscle and tool throughout your career.

Amy Hume is a Lecturer in Voice at Victorian College of the Arts (VCA) and a voice and dialect coach for theatre and screen. Amy was previously voice teacher to BFA Acting and MFA Voice students at the National Institute of Dramatic Art (NIDA) in Sydney.

Amy is one of only a handful of Designated Linklater Teachers in Australia and currently serves on the Board of the Voice and Speech Trainers Association (VASTA), the international organisation for voice practitioners. 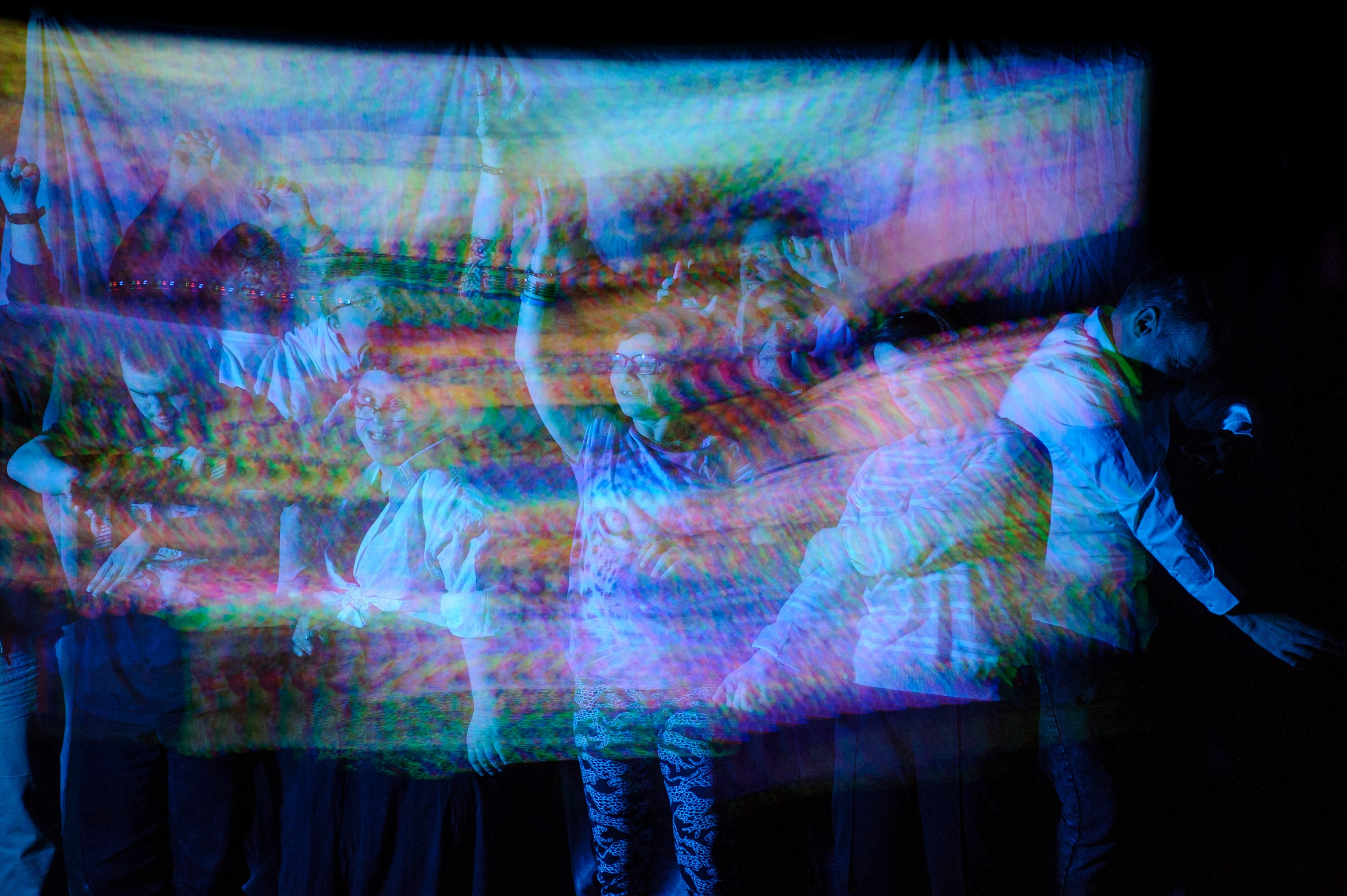 Power Up! for Performance Energy 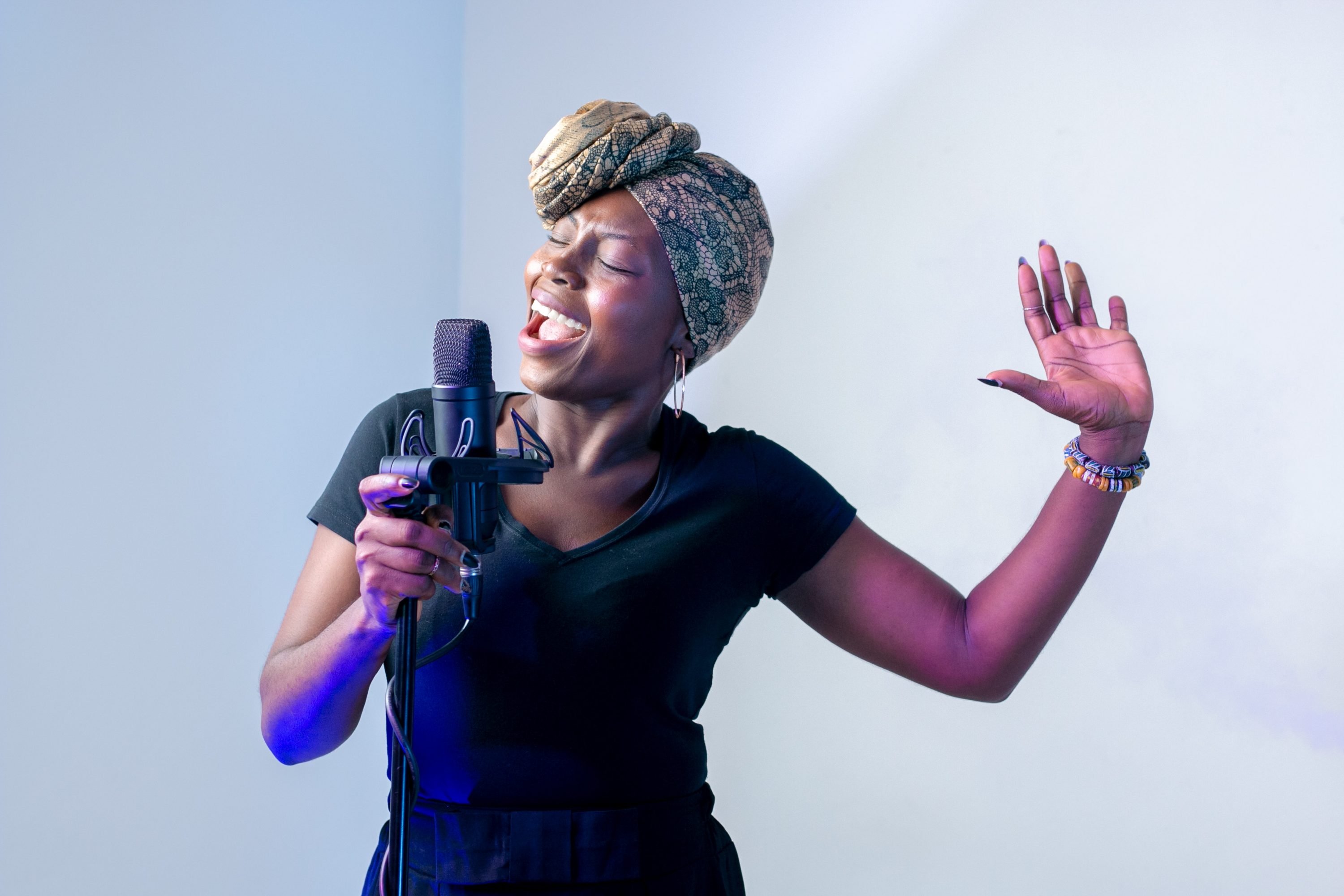 Back after interval: for performers and creatives 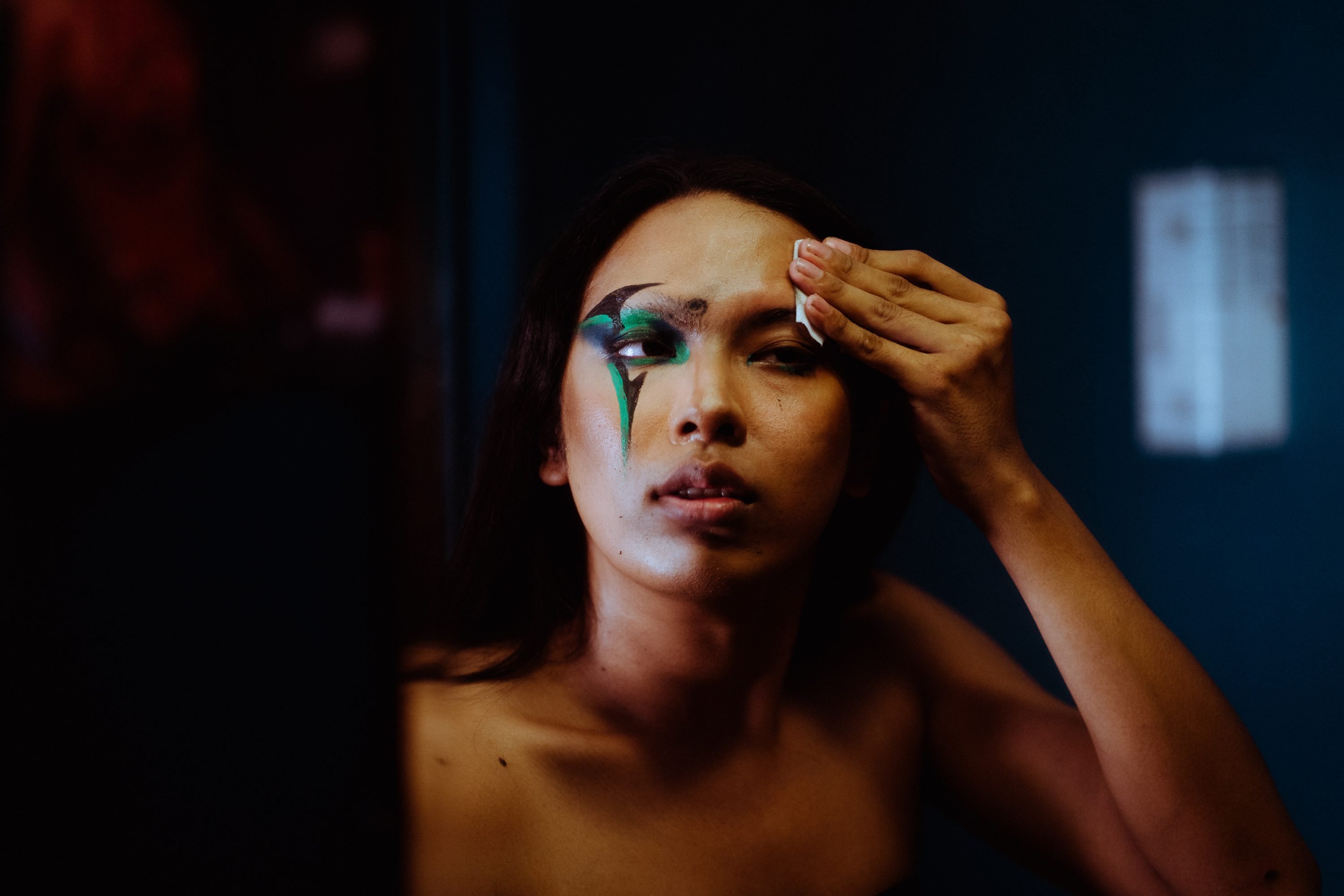 Your Pocket Guide to De-Role